Thoughts On The Craft – Body Language 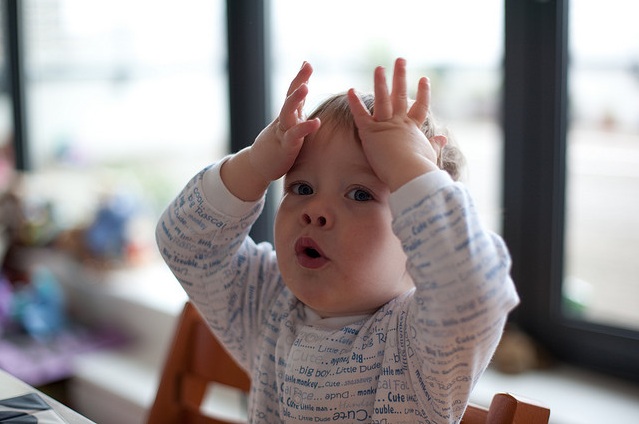 In a story, gestures are part of the action—what happened, what people did. Here are a few which can be enjoyed without any idea who the character is or what the novel is about:

• “. . . she said, squeezing her husband’s hands to forstall his protest.” The Secret p133 Eva Hoffman

• “he does everything impatiently–even the way he opens doors, jerking the doorknobs with a flick of the wrist. The Family Markowitz p79 Allegra Goodman

• “Rathbone guzzled down his plain burger in three jerks of his head” Preston Falls by David Gates [Rathbone is a dog, by the way]

The gesture or body language can also paint a picture of the surprises and absurdities of the world.

He had died, said Valentina, in the yard of the Café Bois and Charbon carrying a sack of coal from the coal bunker to the van. Valentina had glanced out of the window at the back of the café and seen him staggering about like someone trying to remember the steps of a folk dance. He was still holding the corners of the sack of coal in his hands. Then he tripped over his own feet and sat down on the wet cobbles looking all around him in amazement, as if he were seeing the yard for the first time.

The Way I Found Her p 30, Rose Tremain

When the context is understood, one can see so much more gestures can do—how gesture defines character.

“Slenderly, languidly, their hands set lightly on their hips, the two young women preceded us out onto a rosy colored porch . . .” The Great Gatsby p 11, by F. Scott Fitzgerald

This comes early in Gatsby and not only epitomizes Daisy and Miss Baker, but also defines the relationship, the perceived social gap between the likes of Daisy and the narrator, at least that’s what it says to me.

In the next example Greta, a waitress, is the mother of rebellious teenaged Emma, who is sitting at the counter flirting with an older man, and what’s worse, a low class “railroad” man.

. . . and just then Greta seemed to be on top of them. A steak knife came down hard enough, it stuck on the counter right in front of the railroad man’s hand. He didn’t flinch. He grinned.

“We’re going home now, Emma,” Gretta said, “Get your coat.” Emma didn’t protest. She got up with a little flick of her head. The railroad man winked. Plain Seeing p 39, by Sandra Scofield

Notice all of the body language here in this short but complete three actor scene. Notice the tension–the messages conveyed by the actions. Mother stabs a knife into the counter, close to the railroad man’s hand. He doesn’t flinch. He grins. And then we have the flick of the head by the daughter. We learn so much about these three from this little scene. We now know Gretta and her daughter better than they know themselves and we know that more trouble is coming.

Studying this example from Scofield is what taught me how to construct a scene complete with setting, action, tension, dialogue, characterization–beginning, middle, and end. It is a complete story, all there, in a few lines.

Finally, in this scene from Housekeeping we have some frightening foreshadowing of the crisis to come between Ruth and the mysterious Sylvie. We also see hints of the needs of Ruth, of her fatal attraction to Sylvie, of her frustration, of her inability (as opposed to the reader’s) to see disaster looming. Ruth, who is the narrator, has gone looking for Sylvie in the house, and finds her in the basement.

She stood still as an effigy. I reached into her pocket and pulled out a cold hand. I opened it and closed it and rubbed it between my hands, but she did not move or speak. I reached up and touched her cheek and her nose. A nerve jumped in the lid of her eye, but she did not move. I drew back my arm and hit her across the middle. The blow landed among the folds of her coat with a dull thump.

Much of the power of Housekeeping arises from the strange behavior of Sylvie, mysterious, inexplicably restrained, often mute. When Sylvie is on stage, the novel is a silent movie and the reader has only gestures to go on.