The Dark Side of Empathy 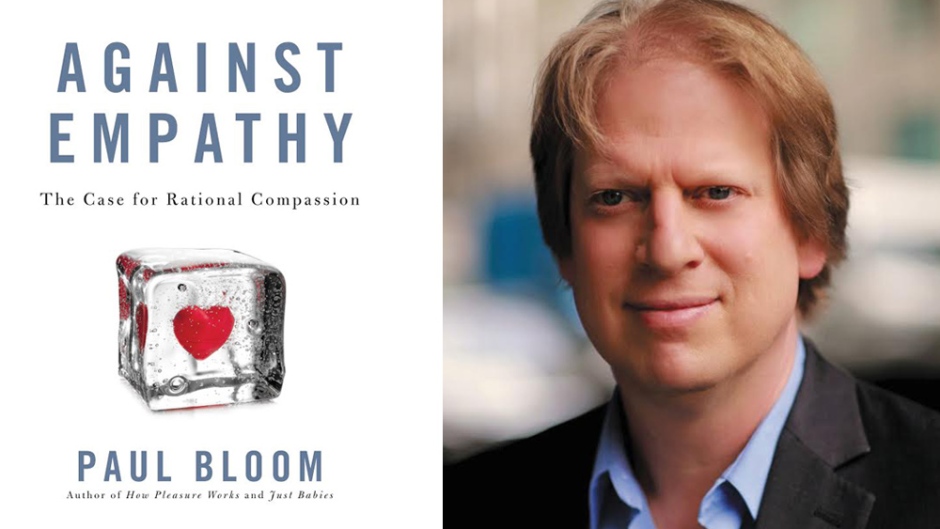 According to a new best selling academic treatise, we writers can now put empathy in the trash pile along with nameless dread, dreams, melodrama, and other suspect tropes. Forget that you were taught from the first day of the writers workshop that empathy is the essential ingredient of fiction. This universal canon of creative writing in now ill-advised.

As professional writers we know that great literature teaches us empathy, a statement that carries the implicit understanding that empathy is good.

Now, a prominent Yale psychologist comes along and writes a convincing book that shows the  goodness of empathy is not necessarily to be taken for granted. In Paul Bloom’s carefully argued opinion, empathy is bad.

Here are a few of his points:

Empathy is not even essential to morality. Morality has many sources. A lot of what is wrong in the world has no easily identified victims to trigger empathy, like cheating on taxes or littering. Morality works with sympathy (not empathy). Charity and public policy require reasoned cost-benefit analysis.

A parent motivated by empathy is a disaster. His kid won’t have to go to the dentist or learn the many object lessons that are part of growing up.

Professor Bloom’s book is discussed in two New York Times book reviews, one by Jennifer Senior, and the other by Simon Baron-Cohen.

In a New Yorker essay, “Should Literature Be Useful?”, by Lee Siegel (November 6, 2013), he points out that the timeless appeal of Othello, Madame Bovary and Anna Karinina is based on empathy for morally deficient characters. We hate Iago, who is a master of turning his empathetic skills to the dark side, and we empathize with Emma and Anna because, well, I’ll let you empathetic readers answer that one.

On the positive side of empathy, in the essay “How Literature Inspires Empathy”, in The Atlantic, August, 2015, the Egyptian writer and activist Alaa Al Aswany explains how, with a single word, Dostoyevsky showed him how literature can help us understand one another.

I’ll leave you with that. Paul Bloom’s insights helped me see the limits and the twists of empathy, but I’m not ready to abandon it. I believe reading and writing help one learn and develop empathy. At least it’s helped me, and, it you don’t agree, you must be some kind of jerk.